Flu Shots: When to Get Them and Why 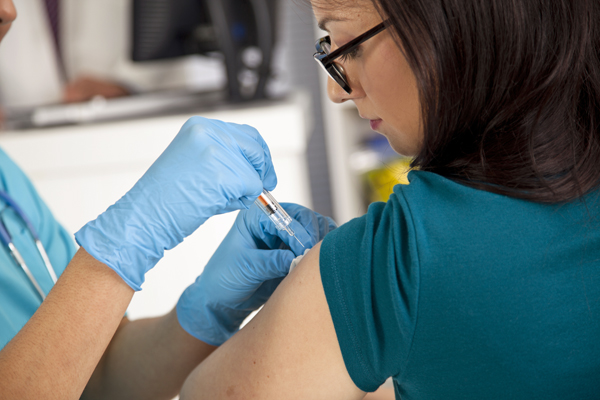 The best way to reduce your risk of getting the flu and spreading it to others is to get a flu vaccine.

The arrival of fall and cooler weather means flu season is on its way. To decrease your chance of getting the flu this year, prevention is best—which starts with getting a flu shot.

While each flu season is different, hundreds of thousands of people are hospitalized or die from flu-related causes every year. The Centers for Disease Control and Prevention says the best way to reduce your risk of getting the flu and spreading it to others is to get a flu vaccine.

“The ‘flu season’ is not clearly defined and can vary from year to year. It sometimes can start as early as October and end as late as May. Flu activity most commonly peaks in the United States between December and March,” says Dorothy Slavin, M.D., Crozer Health Infectious Diseasephysician.

When to Get a Flu Shot

With the flu season starting as early as October and sometimes lasting through the end of spring, you might be unsure when to get the flu vaccine for the best protection.

The standard recommendation is to get your shot at least two weeks before flu season typically arrives in your community. If you’re unsure when exactly that is, the CDC recommends everyone get the shot sometime between early fall and the end of October.

Some factors can impact when you should get the vaccine. Primarily if you have a young child or are an older adult, getting the flu shot sooner can offer better protection against the virus.

“If you’re 65 years old and up, it’s best to try to get your flu shot by the end of October. This can help your body build the immunity it needs before flu begins spreading in your community,” Slavin says. “For young children who might need two doses of the vaccine, start the process sooner. Each dose must be given at least four weeks apart.”

Getting a flu shot is one of your best lines of defense against the virus. The vaccine can not only protect you from getting the flu but it also prevents you from spreading it to others around you. If you aim to get your shot at least two weeks before it typically starts to affect your community, your body can prepare to fight off the virus while the threat is still low.

The standard two-week recommendation is based on how long your body needs to build immunity after receiving the vaccine. Once you get the shot, your body creates antibodies—which are important proteins that fight off the flu virus. The more time you can give your body to create these antibodies while you’re healthy, the better chance you can have at fighting off the virus.

While it’s important to get the vaccine early, it’s also never too late in the season to get a flu shot. Even if you wait until January (during the flu season), it's still a good idea to get protected when you can.

The flu vaccine is recommended for everyone six months of age and older. Even if you’re healthy and don’t have serious medical problems, getting vaccinated can protect you and help protect those who are more vulnerable. The more people with the vaccination in a community, the less chance the flu has of spreading.

“Those who are at a greater risk for developing health problems from the flu are children under four years old, pregnant or recently pregnant women, people with weak immune systems and even those with chronic conditions like asthma,” Slavin says. “It’s likely you interact with someone like this every day. It's important to get a flu shot to ensure both you and those around you stay healthy this season."