How to Stay Mentally Sharp into Old Age 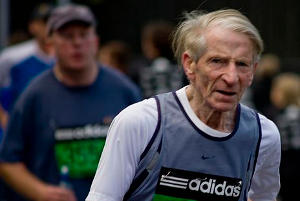 Many people experience a natural decline in their cognitive abilities as they age. The decline can range from occasional forgetfulness, such as not knowing where you left your car keys, to more serious issues like dementia and Alzheimer’s disease.

However, others continue to stay sharp well into old age.

So-called “superagers” perform just as well on tests of mental abilities and memory as people who are 60 years younger than them. So why do some people retire early and decline quickly while others continue to write books, see patients or teach classes well into their eighties?

“Older adults who stay mentally sharp share a few things in common,” says Armen M. Sevag, D.O., an internal medicine physician at Rose Tree Medical Associates. “They typically continue to challenge themselves throughout their lives, both physically and mentally.”

In a recent study, scientists scanned the brains of superagers using an MRI as they administered various tests of their memory and cognitive abilities. They discovered superagers show very few signs of aging in key areas that act as communication hubs throughout the brain.

These parts of the brain are involved with emotions, language, stress, regulating internal organs and coordinating the five senses. While these areas were thinner in people who showed cognitive decline as they aged, they remained thick and robust in superagers.

How Do You Become a “Superager”?

“Staying mentally sharp into old age is not easy, and it may be a combination of genetics and environment,” explains Sevag. While scientists are still working to pinpoint what differentiates superagers from everyone else, studies indicate that hard work – both physical and mental – may be the key.

In the same way that a bodybuilder pushes their muscles to failure in order to experience growth, superagers have a tendency to challenge themselves beyond their current limits to keep their brains healthy. Researchers believe that easy exercise, puzzles or online brain teasers designed to keep you sharp may not be enough. Instead, it requires moderate to vigorous exercise several times a week, and the type of intellectual work that can sometimes make you frustrated or unable to find a solution.

There are several things you can do to improve your chances for staying mentally sharp as you age:

Becoming a superager yourself boils down to following many of the basic principles of healthy living: Eat a nutritious diet, exercise regularly and maintain your intellectual curiosity.