Skip to Main Content
Home / News / News Releases / 2018 / Seizures: Are They Epilepsy or Something Else?

Seizures: Are They Epilepsy or Something Else? 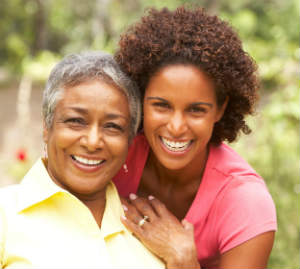 Epilepsy is a neurological disorder that affects more than 2.5 million Americans. It’s caused by malfunctioning nerve cells in the brain that lead to seizures. When someone with epilepsy has a seizure, they may experience a mild momentary loss of awareness or more severe symptoms such as uncontrollable twitching and jerking. If a seizure happens when a person with epilepsy is driving, swimming, or performing another activity that requires their full attention and control, it can be extremely dangerous.

Sometimes seizures that look like epilepsy are actually something else called psychogenic non-epileptic seizures, or PNES. It’s estimated that as many as 30 percent of people who are seen at epileptic treatment centers have PNES, and not epilepsy.

The Truth About PNES

Seizures associated with PNES look like epileptic seizures, but they have very different origins. With epilepsy, neurons in the brain that carry electrical signals start firing in an abnormal way. Doctors can use an electroencephalogram (EEG) to measure and record these abnormal electrical activities to help them diagnose epilepsy.

“When a patient has PNES and not epilepsy, the EEG does not show the same kind of abnormal activity,” says Martina Vendrame, M.D., Crozer Health neurologist and medical director of the Epilepsy Monitoring Unit at Delaware County Memorial Hospital. “Doctors use a diagnostic technique called EEG-video monitoring to record both brain activity and a video of what is happening with the patient during a seizure. This helps us determine if it’s epilepsy or something else. By analyzing the results of EEG-video recording, we can make an accurate diagnosis and refer the patient for another type of treatment, since PNES does not respond to drug therapy like epilepsy does.”

PNES is caused by a traumatic event in the patient’s life, such as sexual or physical abuse, the loss of a loved one, divorce, or other life-changing event. The seizures associated with PNES are the physical manifestations of these psychological disturbances. This type of mind-body connection and the related symptoms are called conversion disorders.

While a conversion disorder can happen to anyone at any time, it’s more likely to affect people during early adolescence through early adulthood. It also happens to women more often than men. It’s important to realize that someone suffering from a conversion disorder is not “faking it” or making up their symptoms. It happens subconsciously and is not something the person can control.

Getting Help for PNES

Patients who learn they have PNES first must accept that their previous diagnosis of epilepsy was wrong. Typically, they’ll experience a period of shock, disbelief, self-doubt, and fear that they are “going crazy.” It’s important for these patients to keep in mind that just because it’s not epilepsy does not mean their symptoms are any less real. They still need treatment, but just a different kind.

Mental health professional will lead treatment of PNES and will help the patient identify the root cause of their symptoms. Together, the doctor and patient will work toward healing their symptoms – including their seizures – through a combination of cognitive behavioral therapy and, sometimes, medication to reduce anxiety and depression.

Treatment of PNES can take time and may be frustrating along the way. However, patients who accept their diagnosis and stick with their treatment plan have the greatest chance for alleviating their symptoms.