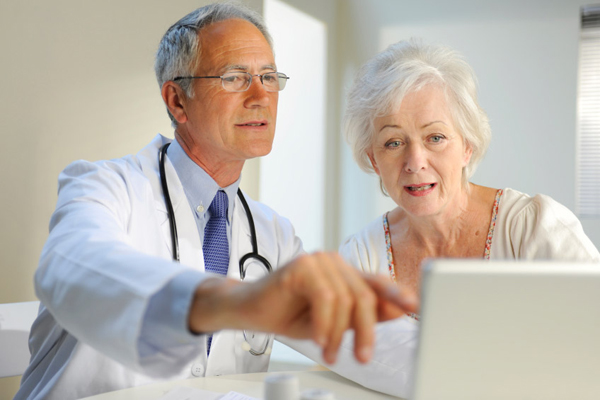 There are certain risk factors that may make ovarian cancer screening appropriate for you.

When hearing about the suggestions for screenings you should have for cancer, it can often be confusing what you need to test for and when. Many women worry about their risk for ovarian cancer, which is understandable since it causes more deaths than any other type of female reproductive cancer and is the fifth most common cancer among women.

But while the risk of ovarian cancer may be high for some, not all women are at a serious risk. A new report from the United States Preventive Services Task Force (USPSTP) states women who show no signs or symptoms, or who are not at a high risk for the disease, should not be tested for ovarian cancer.

Here’s why screenings are no longer recommended for most women and certain symptoms you should keep an eye out for.

What is Now Recommended

“Screening women who do not show signs or symptoms of ovarian cancer can actually do more harm than good. These tests can show false positives in some cases and result in unnecessary surgery,” says Gazi Abdulhay, M.D., Director of the Division of Gynecologic Oncology at Crozer Health.

The USPSTF warns, “there is moderate or high certainty that the service has no net benefit or that the harms outweigh the benefits,” for women who are screened when they do not have an increased risk or signs of having ovarian cancer.

The report also points out screening for all women is not recommended by any other major medical organization.

When to See a Doctor

There are certain risk factors that may make ovarian cancer screening appropriate for you.

Women of Ashkenazi Jewish descent have an even greater risk of carrying a BCRA1 or BRCA2 gene mutation. Approximately 1 in 40 Ashkenazi individuals carries a BRCA gene mutation compared to 1 in 400 individuals in the general population.

Talk to your doctor about your family history and if you may be at risk for ovarian cancer. A healthcare provider will be able to walk you through any steps or tests you can take if you have a risk of developing ovarian cancer. Doctors at Crozer Health provide this referral service to patients and their families.

It is also important to see a healthcare professional if you have certain symptoms that persist over time. Symptoms of ovarian cancer can include:

“While these symptoms sometimes are connected to ovarian cancer, they are more likely to be related to other conditions,” says Dr. Abdulhay. “It is important to talk to your doctor if you experience any symptoms that persist or become worse.”