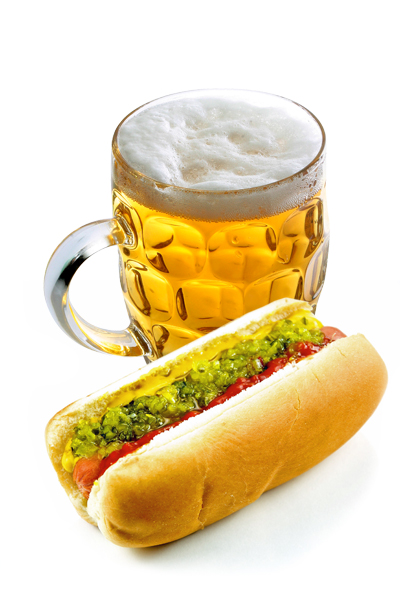 A new study shows consuming alcohol and processed meats may put you at a greater risk of developing stomach cancer.

Sometimes it seems like everything that tastes good is bad for your health. When it comes to consuming alcohol and processed meats, that may be true. A new study shows eating foods like hot dogs, lunchmeats and other processed meats put you at a greater risk of developing stomach cancer. Unfortunately, washing down your meal with a beer or other alcoholic drink also makes it more likely that you’ll develop the disease.

Here’s What the Report Shows

The five-year survival rate for people diagnosed with stomach cancer is 29 percent. This means that only three out of 10 people who learn they have stomach cancer will still be alive after five years. The reason so many people die from stomach cancer is that it’s usually not discovered until it has progressed to an advanced stage and spread to other parts of the body.

Stomach cancer symptoms can be difficult to identify since they are vague and common. Many patients routinely associate these symptoms with another illness, an upset stomach, or something they ate. However, if any of the following symptoms persist for longer than two weeks, it’s important to get checked by a doctor:

At advanced stages, people with stomach cancer will frequently see blood in their vomit or bowel movements, feel weak and tired, and start to lose weight unexpectedly.

What You Can Do to Reduce Your Risk

You can reduce your likelihood of developing stomach cancer by avoiding the risk factors identified in the study.

If you are overweight or obese, work toward attaining a healthy weight by increasing your activity level. Doctors recommend that everyone should exercise 150 minutes per week or 30 minutes per day for five days every week.

If you enjoy processed meats, consume them in moderation. Make them a special treat, and revamp your diet to include more whole foods such as fruits and vegetables. A good rule of thumb is to read the labels on foods that you buy; if they have more than five ingredients or words you can’t pronounce, pick something else.

Finally, reduce the amount of alcohol that you drink. If you drink, don’t exceed the guidelines for moderate alcohol consumption, which is one drink per day for women and two drinks per day for men.