An MRI May Help Diagnose Fibromyalgia 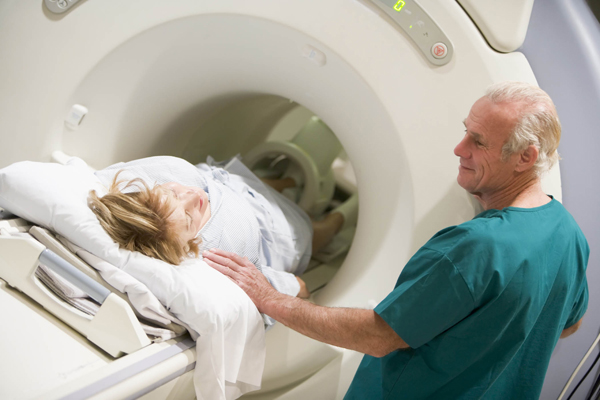 An MRI may be able to detect brain activity connected to fibromyalgia pain.

For patients dealing with fibromyalgia, the widespread musculoskeletal pain they feel is made worse by the frustration and misunderstanding that usually accompanies the disorder. Despite the fact that it’s one of the most common chronic pain conditions that affects as many as 10 million people, many patients report that their friends and families just don’t understand. They think it’s “all in your head” or something that you can simply get over with enough willpower. But, as anyone with fibromyalgia knows, nothing could be further from the truth.

Fibromyalgia can be difficult to diagnose, in part because the causes are not fully understood by doctors. Additionally, the symptoms commonly associated with fibromyalgia – widespread pain and tenderness throughout the body – are the same problems associated with other diseases. Many times, doctors are faced with the difficult task of ruling out other issues before identifying fibromyalgia as the cause.

Fibromyalgia is a set of symptoms, which when they occur together are known as a syndrome. People with fibromyalgia syndrome report chronic pain throughout the body, debilitating fatigue, pain at the joints, anxiety and depression. The symptoms can make it difficult to sleep and exercise, which affects the patient’s overall quality of life.

How an MRI May Help

Researchers at the University of Colorado conducted a study that identified something unique in the brains of people with fibromyalgia. They performed a functional MRI, a type of scan that allowed them to measure and map brain activity while subjecting these patients to painful pressure. During the test, they saw a series of patterns in brain activity connected to the patient’s hypersensitivity to pain. These same brain patterns are not seen in people who do not have fibromyalgia.

While more research is still needed, this discovery is exciting news for fibromyalgia sufferers. It means that an MRI may help both with diagnosing fibromyalgia, as well as the identification of the individual patient’s unique subtype of the syndrome. This level of detail will potentially help doctors create more customized treatment plans for their fibromyalgia patients.

There currently is no cure for fibromyalgia. There also isn’t one treatment plan that works equally well for all patients with fibromyalgia. Instead, doctors will work with their patients on a multidisciplinary approach to help relieve fibromyalgia symptoms.

This multidisciplinary approach may include medications to treat pain, depression and anxiety. It will likely also include a recommendation for physical therapy, which can help reduce pain and increase flexibility. Fibromyalgia patients are also asked to increase the amount that they exercise. While this may seem counterintuitive and likely to increase pain, it actually elevates the patient’s mood and prompts the release of endorphins – the body’s natural painkiller.

Finally, fibromyalgia patients should practice stress-reduction techniques, such as meditation, yoga, and should consider speaking with a psychologist. Although the pain is not “in your head,” these strategies can maximize the benefits of the mind-body connection to reduce the pain, stress and anxiety associated with fibromyalgia.