Belly Bacteria May Be Just as Important as Genetics For Asthma 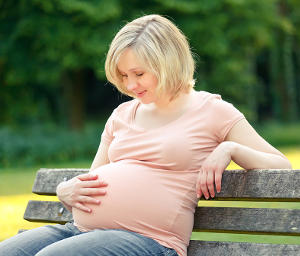 As a pregnant woman, you have a lot on your mind. Soon-to-be mothers are bombarded with do’s and don’ts for their pregnancy. They can feel like they have an endless list of tips to follow if they want to maintain a healthy pregnancy.

Women with asthma may need to add, “maintain healthy gut bacteria” to their list. Everyone has bacteria in their digestive tract that help digestion. New research shows that more than just genetics might matter when passing asthma between mother and child. Gut bacteria may also play a role.

“Asthma is a common condition that many pregnant women deal with. It’s understood that if asthma is not well controlled during pregnancy it can end up affecting the child. Altering gut bacteria may one day be a way to prevent asthma in some cases,” says Sandra Gawchik, D.O., co-chief of the Department of Allergy and Immunology at Crozer Health.

In a recent study, researchers looked at the makeup of gut bacteria in infants born from mothers with and without asthma. They found specific characteristics in gut bacteria from infants with asthmatic mothers. These infants had lower levels of a specific gut bacteria known as lactobacillus.

Doctors had previously believed this change in an infant’s gut bacteria was attributed to other factors. Mothers with asthma are more likely to be prescribed antibiotics or have a cesarean delivery—both which can affect the makeup of their baby's gut bacteria. These findings mean that infant asthma could one day be prevented in some cases with treatment such as taking probiotics.

You and Your Baby’s Health

While there’s more research to be done on gut bacteria and its connection to asthma, if you’re pregnant it’s important to talk to your doctor about how your health can affect your child’s health.

“Your doctor can help you get your asthma under control. Doing so can help reduce the risk of your infant having complications such as being born underweight or prematurely,” says Gawchik.

Other health problems you should discuss with your doctor if you’re pregnant include:

“It’s important for mothers to be aware of the complications their health conditions can cause during a pregnancy and what that could mean for the baby,” says Gawchik. “Making your doctor aware of these issues can help both of you come up with a strategy to manage the condition while you’re pregnant.”